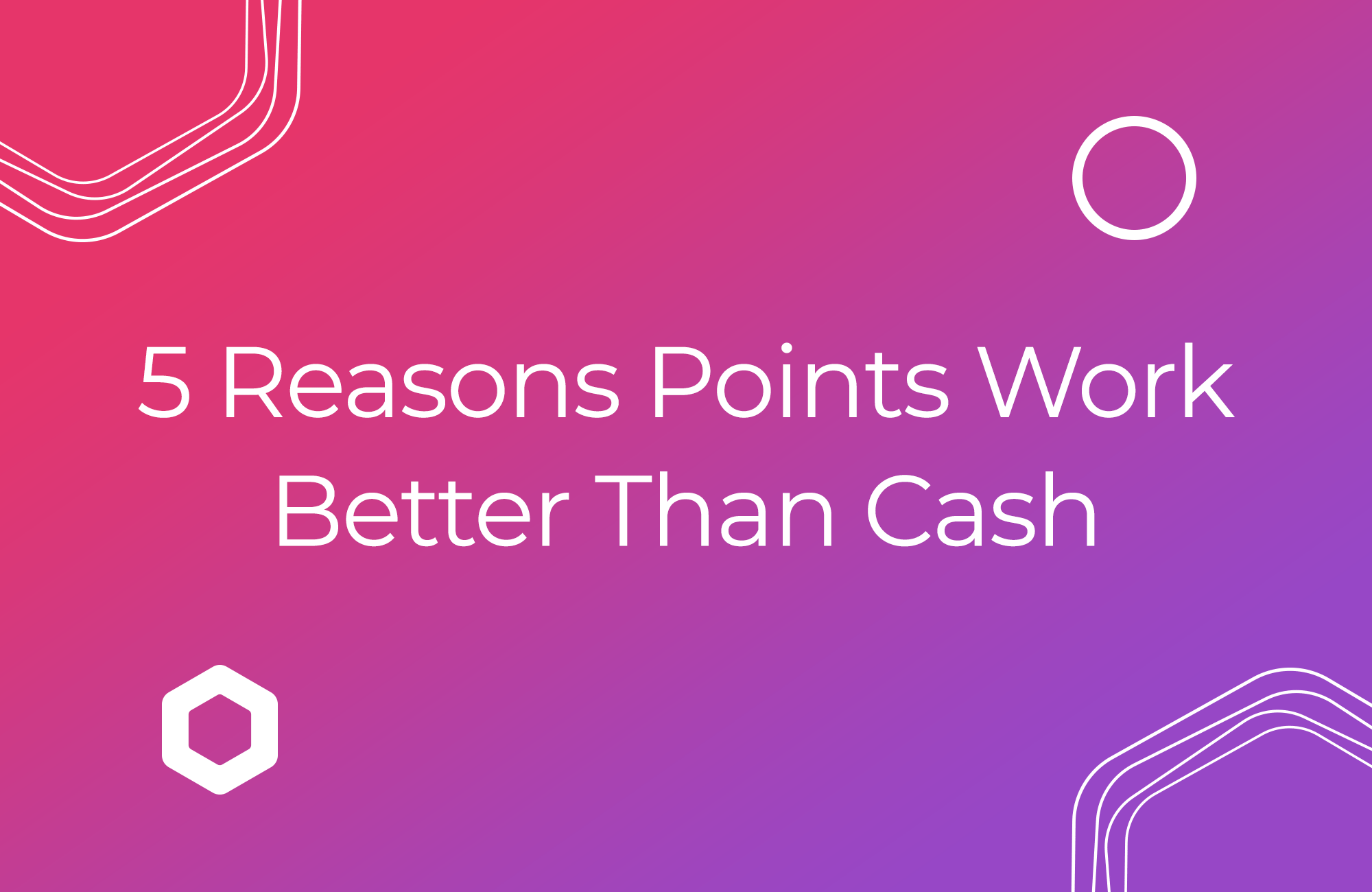 By now, it’s no secret that customers like to be rewarded for their loyalty. In varying forms, this cycle has underpinned the B2C world for centuries – and, more recently, has proven itself to be one of the most transformative strategies for B2B companies too.

On the surface, it sounds so simple. And why not? That’s part of its charm, its adaptability, and why it has worked for so long, despite the massive changes the retail sector has gone through since its introduction. It does sound simple – but is it?

For the customer, yes – but, whether or not you believe they’re always right, you can’t deny that they’re not always straightforward. Take, if you will, the fact ninety-nine times out of a hundred, the most popular answer to the question, ‘What reward do you want?’ will be, ‘Cash!’ In fact, a recent survey found 60% of respondents expressed a preference for cash rewards. But – and it’s a big but – our own experience has consistently proven to us that your B2B customers with an excellent rewards scheme is achieved far more effectively with points – not cold, hard cash.

As of 2016, more than 80% of US businesses were utilising non-cash incentives – and investing billions into their schemes in the process. If that doesn’t convince you, then read five more reasons to choose points over cash below…

1. Money Feels More Versatile, But Points Have Imagination on Their Side

You’ve no doubt heard the old adage that ‘life is what you make of it’; it’s all about taking those raw components and making them into something meaningful, rewarding, and enjoyable.

Cash is cash. It’s got a specific value, and a specific purpose that, most of the time, is relatively mundane. Shopping for groceries, paying bills, seeing to the something-and-nothing… it’s all essential and unavoidable. A little extra cash at the end of the month is great, but how often is it simply put towards the incidentals?

And more to the point, why do customers ask for cash? Usually because it appears to offer the most versatility in terms of what they can get with it – but research and experience tells us that most customers will end up spending those cash incentives on those essentials, rather than ‘getting imaginative’ with it.

Points exist outside the ‘money routine’, which means that they don’t just come and go in a series of numbers. True, money can be put towards anything you want, but points are purpose-built to be put towards the things customers really want or need. In that sense, they can feel more valuable – meaning you can have more of an impact for a lower overall investment.

The Bottom Line: money can be spent anywhere, but points will always be put towards something the customer can really enjoy or value.

That ‘money routine’ we mentioned? It has a habit of proving itself to be decidedly unmemorable. We spend and earn money most days of the year.

Let’s say you hand out a cash reward and 80% of customers spend that cash on bills and groceries. They’re going to forget about that money almost as soon as they’ve spent it. The other 20%, who actually spend it on something they want? That’s better, but you can’t deny that the whole thing is still caught-up in that money routine and, as a result, a lot less memorable than a reward that exists outside of it altogether.

Points represent a different experience, and they can be put towards meaningful and memorable experiences, and memorability matters to you because that’s what cultivates loyalty and enthusiasm in the long run. Earning B2B customer loyalty is absolutely no different; a sustainable, buildable approach is far more beneficial (and cost-effective) than flash sales and seasonal discounts.

The Bottom Line: you can’t tell your customers what to spend monetary rewards on but, with points, you can set the stage for a more memorable experience.

We reward customers with the specific intention of making them happy. Yes, but its more than that and achieving long term loyalty is the ‘endgame’ of reward schemes – but the key that unlocks the door to those long-term benefits is happiness, and a positive emotional response.

Cash is neat, self-contained, and convenient. There’s no emotion involved, and there doesn’t need to be. At least, not for the customer.

But mountains of research suggests customers who feel an emotional connection with the brands they shop from – whether we’re talking about B2C or B2B – are far more likely to stick around and want to maintain that cycle of custom-and-reward.

Emotional resonance is a prerequisite for engagement and, no matter what industry you’re in, engaged customers are the best customers.

The Bottom Line: Non-monetary rewards are far more likely to resonate with customers – the building blocks of loyalty. 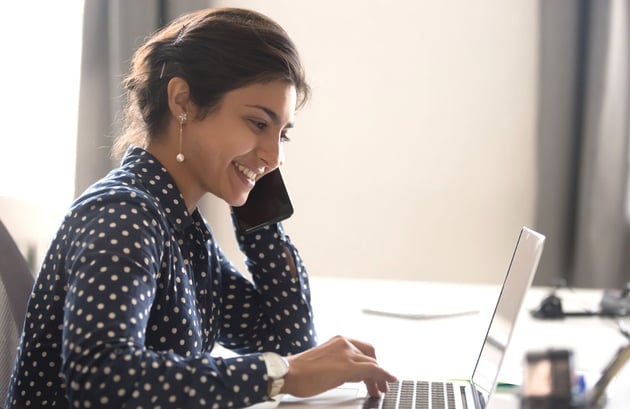 4. It's Far More Tempting to 'Save Up' Points than Cash

We are all constantly aware of the value of money. If we told you to sit and think about the concept of £5, £50, or £500, then it wouldn’t take long for you to come up with a long list of things that can be purchased at any one of those price points. However not many of us will receive £5 and immediately think, ‘I should save this until I have £500 so I can get something even better’. We want that Large Macchiato with Cream – not a 12 month wait until we can afford the at-home barista coffee machine.

Points are different. They exist in a microcosm of your own creation, and the customer is free to explore the sort of value those points represent within that microcosm. It’s a lot more tempting to collect those points – and, in so doing, spend more money with your company, rather than someone else’s – until they’ve reached the milestone that they set their sights on.

Speaking of coffee, Starbucks is a strong example of a points-based rewards scheme that works. The idea that most customers will walk an extra 500 yards down the high street for a coffee that helps them gather ‘Stars’, instead of a coffee that doesn’t, is the basic premise that this corporation is banking on.

The Bottom Line: Cash is not the best motivator. If you want your customers to keep coming back, use rewards that hold value within the world you create.

5. You Can Get a Much Better Sense of What Customers Want

It goes with the territory that, when you offer a points-based reward platform to your customers, those points will need to be redeemed against a catalogue of rewards offered by you. This is all part of the ‘world’ you create for your customers, and it creates a much closer relationship that gives you valuable insight into your customer’s preferences.

When you’re giving them cash incentives, your ‘role’ in that transaction ends as soon as it does for any traditional, no-strings-attached transaction. The statistics tell you that the majority of your customers are going to spend that cash on the here-and-gone, routinely ‘unmemorable’ basics, but the specifics are out of your hands.

Getting to know your existing customers is incredibly valuable – and, in many ways, even more valuable than knowing your prospective customers – given the fact that they spend 67% more than new ones. Points-based rewards are far better for creating that relationship than cash. When you know what your customers want, boosting that sense of connection and engagement comes more naturally, and an investigation by the Harvard Business Review found that fully connected customers are 52% more valuable than those who are just highly satisfied.

The Bottom Line: You want to be familiar with your customers, but cash falls completely flat when it comes to getting to know what they like and where their priorities lie.

At Incentivesmart we know how to extract the greatest possible value from your B2B customer rewards programme. One of the most important lessons we have learned is that the best results are found when things are balanced, and when you and your customers feel excited and inspired by the platform you offer. Creating smart incentives and making incentives smarter is what we’re passionate about – and it’s what we do successfully for clients in the same position as you. 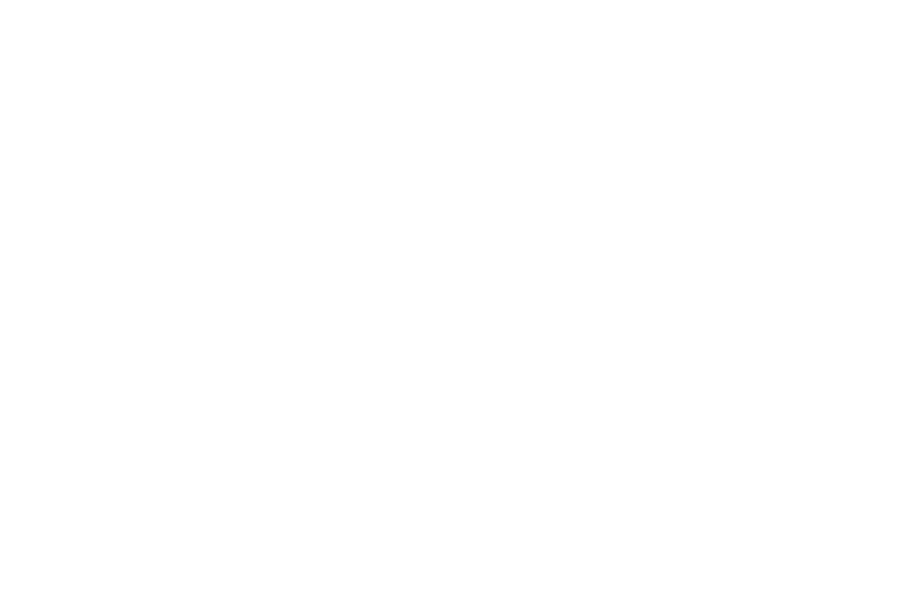 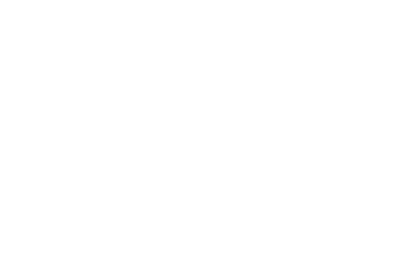